Another Brazil: How Artists Tell a Very Different Story of the Country

Three exhibitions that showcased a multitude of Brazilian art over the last months, displayed how the perception of the South American country differs greatly from many of its inhabitants every-day life.

No Martins, Sem Titulo 2, 2019, Courtesy of the Artist and Mariane Ibrahim

Art is always related to a history, even when the connection is sometimes untraceable at first glance. But there are some histories that have deeply marked people and their personality, more so than others. Political events, social issues, deprivation of freedom and economic inequalities are subjects that have always characterized the observation of artists, especially in particular geographical areas of the world. That is also the case for Brazilian artists, whose work focuses on their love for the beautiful country, but also on the plenty of contradictions in Brazil.

Over a span of twenty years, starting in 1964, Brazil became enslaved by a military government. The dictatorial regime led the country to ever-deepening cycles of repressive acts against the population, suppressing civil and human rights and every form of expression, including art.

This was the starting point for a movement which, after the establishment of the new democracy in the ‘80s, connected all Brazilian artists, who from then on engaged in a protest against the old authoritarian regime, and sometimes compared it to their present conditions.

Between the end of 2019 and the beginning of 2020, galleries and museums in multiple cities aimed to survey contemporary art from Brazil through several exhibitions, exposing a common ground which link these artists through various mediums, such as painting, sculpting, photography, installation, video art and spatial intervention. Among the exhibitions, three group shows stood out in particular, set by the Anton Kern Gallery, the Marian Ibrahim Gallery and the Ettore Fico Museum.

The New York gallery of Anton Kern showed an exhibition, called Samba in the Dark, between mid-January and mid-February, where it presented a wide selection of art by twenty-four Brazilian artists, both established and emerging. The title referred to a well-known Brazilian song written in 1970 by Chico Buarque, Apesar de Voce (In Spite of You). As in the song, the exhibited works speak about freedom and protest of the government, and all kinds of dictatorships. The huge amount of works led the visitor on an imaginary journey through the lively and multi-colored atmosphere of Brazil, which, on the other hand, hides a darker side.

This contradiction was underlined, as indicated by the title, by the presence of very different styles of artworks that reveal the two souls of the country., The paintings and sculptures of the collective avaf (assume vivid astro focus) for example, fill the space with an explosion of brilliant and vibrant colors. The Brazilian duo conversed with the room through two big paintings and three free-hanging floating canvases, where the abstraction of vivid chromatism reminded one of Brazilian carnivals and festivities. The paintings invoke the joyful souls of people and the festive spirit of Brazilian towns, which embody the world’s most common association of their culture.

Nevertheless, the Gallery juxtaposed these artworks with other aspects of Brazilian culture, represented in the show through artists like Cildo Meireles, Clarissa Tossin and others. In the installation O Peso do Regime (The Weight of Regime), cotton netting, concrete and steel hooks, realized by Marcelo Cidade and André Komatsu, the reference to the socio-political issues that affected Brazil during its repressive regime is obvious. A soft and comfortable object like a hammock is used to carry a heavy stone, a metaphor of the popular resistance movements, which had to stand up to the government. This work is both poetic and dramatic, minimalist and emotional, a symbol of the tragic effort of the population to survive in spite of the power of the regime. 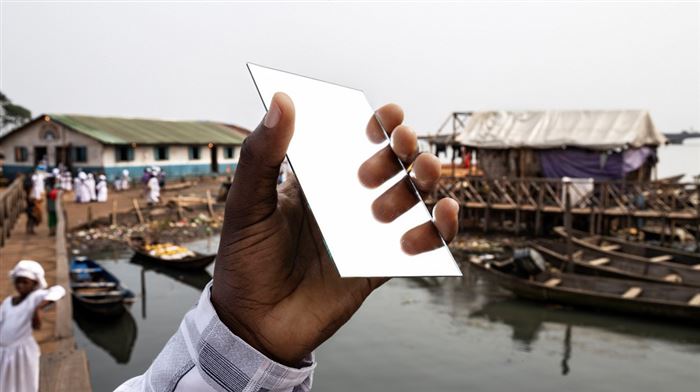 Aline Motta, (Other) Foundations #1. Courtesy of the artist and Mariane Ibrahim

In Chicago, Marian Ibrahim Gallery’s exhibition, The discovery of what it means to be Brazilian, revolved around identity and the link between the present and cultural heritage. The gallery chose to present a small group of young artists: Eder Oliveira, Jaimie Lauriano, Aline Motta, No Martins and Tiago Sant’Ana, all born between 1974 and 1990. 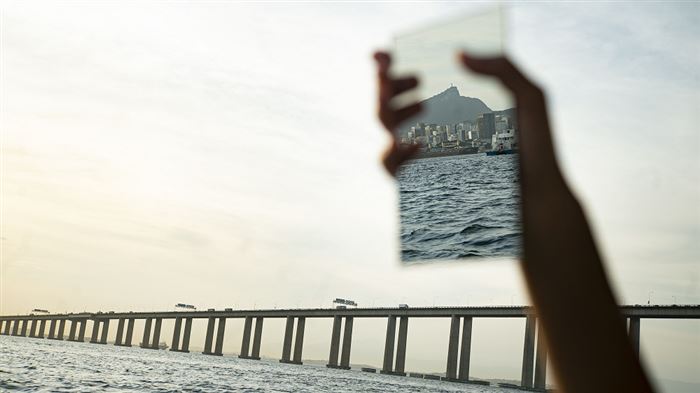 Aline Motta, (Other) Foundations #2. Courtesy of the artist and Mariane Ibrahim

Although these artists differ greatly from one another, they are connected by the investigation of several aspects of their culture, especially the condition of black people in Brazil. Their works are focused on social disparities and the effects of racist behaviors, which remain strong. For them, art becomes a way to fight this situation, giving black Brazilians the chance to overcome their marginality. Aline Motta ‘s photographs, for instance, are a cross-section of very poor villages, dominated by a figure trying to catch a piece of sky, of sea or an expression of a face with a mirror. The pictures show an extreme state of poverty, where the mirror seems to be the only way to communicate with the outside world, but also captures evocative landscapes.

The Ettore Fico Museum in Turin, Italy put up an exhibition called Brasil!  between October 2019 and February 2020. It also featured works by a large number of artists, over twenty, coming from the huge collection of Italian stylist and collector Ernesto Esposito. The selection included art by well-known names such as Vik Muniz, Ernesto Neto, Adriana Varejao, Laura Lima, OPAVIVARÁ! and the young Maxwell Alexandre. The latter is best-known for his large-scale paintings, where figures of black people float freely on a crowded background, without any hierarchy. His works describe the streets of Rio de Janeiro – where he lives and works – and their inhabitants, merging the urban aspects of the city such as graffiti and rap music with the everyday life of an ethnic minority. 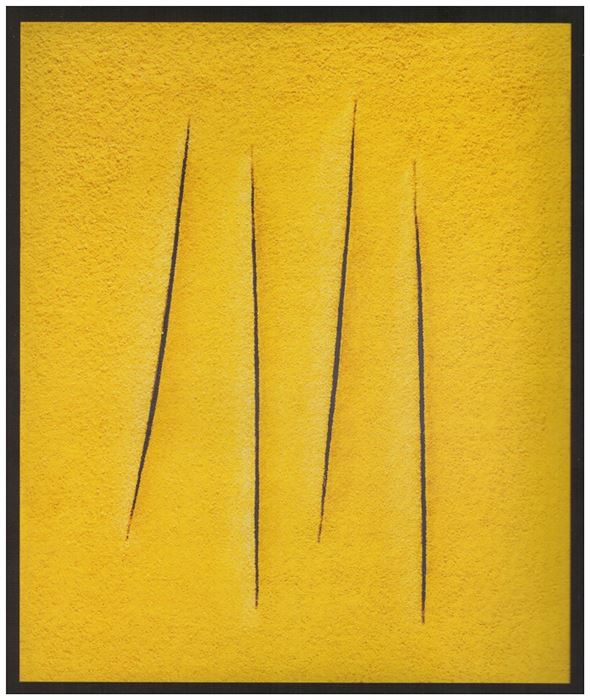 The three exhibitions offered a chance to look at some of the most important artists of the contemporary Brazilian art scene. Whether showing the work of established or emerging artists, these shows made it clear that they are linked by the need of expressing a culture where social issues are still wide-spread, but are concealed by outsiders’ perception of Brazilian folklore which, for us, is always synonymous with a joyful spirit and festive atmosphere. But in these artworks, there is another Brazil, where suppressed and poor people are the main characters. Some of art shows how history still impacts their present, underlining how the “weight of regime” is still an open wound for people and their everyday lives, whereas other pieces, albeit though different language and means, reflect on social issues and attitudes towards black communities. Through installation, photography and painting, it becomes clear how historical and political development still have consequences on the country and its inhabitants, despite foreigners’ superficial perception.